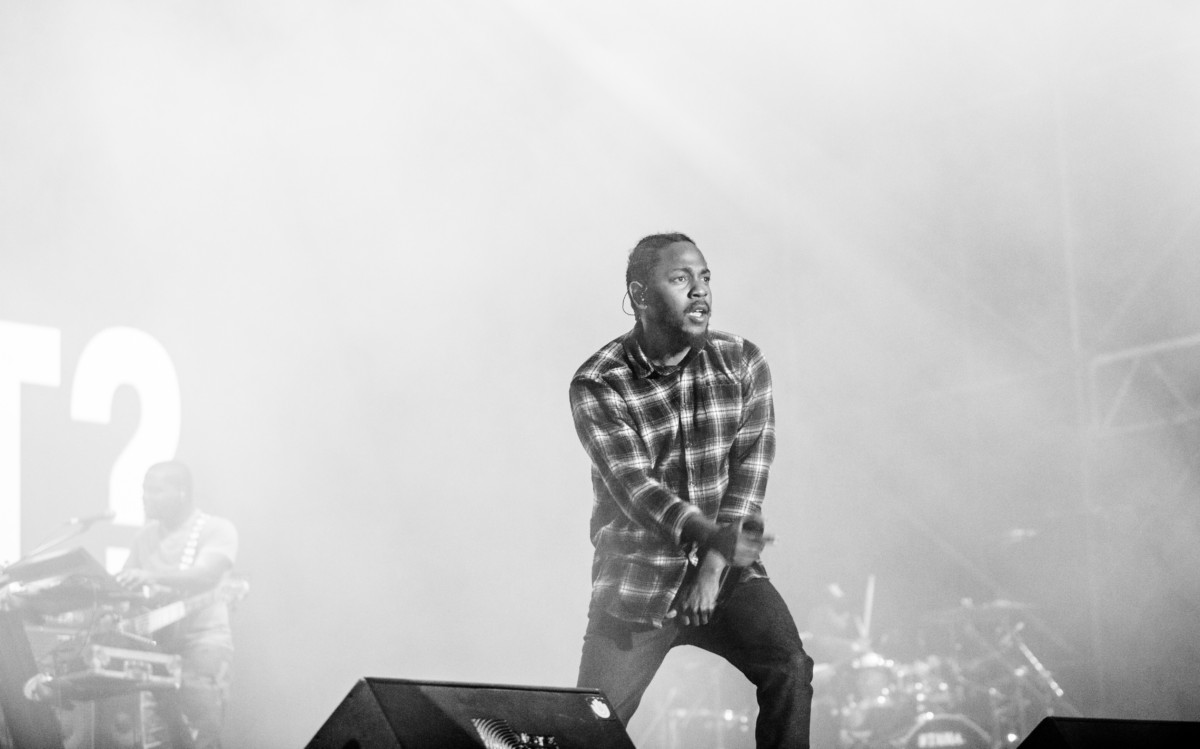 2017 was the year that hip-hop officially became the #1 genre in the world, de-throning rock and roll, according to Nielsen. This is good news for you if you are a hip-hop producer. If you are one, you probably are asking, “What can I learn as a producer from the most popular hip-hop tracks of 2017?” We can examine the sounds of the top 10 hip-hop tracks of 2017, according to Billboard, and find out.

The beat starts off with a minute and a half of no drums, just melody. At 1:30, the drums begin while Grizzley’s aggressive delivery spikes up, intensifying the mood of the track. At 2:10, the hi-hats kick in, reminiscing of “Back That Thang Up” by Juvenile (for us ’90s kids). Grizzley went against the “mumble rap” craze of 2017 and still found his way to the top 10, adding diversity to this list.

This track’s drumbeat imitates the “Afrobeats” sound with a “soft” melody over the drums. This, of course, contributes to this list’s versatility.

Produced by P’ierre Bourne (shouted out at 0:39), this track sticks to the “trendy” sounds of the late 2010s, with its 80ish beat-per-minute drumbeat containing hand-clappy snares, sixteenth-note hi-hats, and, especially, the 808 basses and kicks.

This is a R&B-esque track, set to approximately 60 beats per minute, allowing the rappers to occasionally rap fast. It uses a snare similar to the one used in entries #10 and #8. The vocals are sampled from Zacari.

Savage produced this track, sounding “simple with unpredictable complexities within it.” As the Billboard page further explains, “A deep, booming low end is offset entirely by a clean, uncomplicated four-note piano line that repeats throughout the track, which provides a kind of lightness to the menace of Savage’s lyricism and delivery.”1

This song sets the typical drum styles of the late 2010s at 80ish beats per minute over a flute sample. The Billboard page says the flute sample was trendy in 2017.

Lamar released his Grammy-nominated fourth studio album DAMN. in 2017. It’s hard to forget “HUMBLE,” a popular single, but Billboard chose to list “DNA.” as their #4 entry. Kendrick brings out the energy of Mike-Will-Made-It’s heavy bass in the track. Three minutes in, Kendrick raps over a different beat, which he does often.

The melody sounds monophonic with heavy reverb effects. The drums sounds similar to “DNA,” the last entry. The hi-hat pattern changes at times, too.

This Atlanta trio released the club-banger of the year. Like many others on this list, it uses the 808 bass and drums, the “trap” snare, at about 60ish beats per minute. The rappers fast flow and drums bring out this track’s energy over its “soft” melody.

According to this list, it’s undeniable that the trends of music are always changing, and that can be hard for fans of old school rap. But if you are producing for a mainstream audience today, I recommend mimicking the common sounds in this list. This includes the “trap” drumkits, catchy melodies, occasionally monophonic loops with heavy effects, 808 bass and drums, and tempos between 50 and 85 bpm (allowing rappers to switch their flow from slow to super-fast, as we’ve heard). If you are not producing for a mainstream audience, you can make a beat sound however you want, as long as it sounds like a rap song of any era.

Of course, I don’t know everything about music today. Online, producers can learn a lot, from watching tutorials online of “how to produce a selling banger” or “how to use FL Studio 12.” Possibilities are seemingly endless.

Tweets by LicenseLounge
Posted In:  The Lounge
0  comments